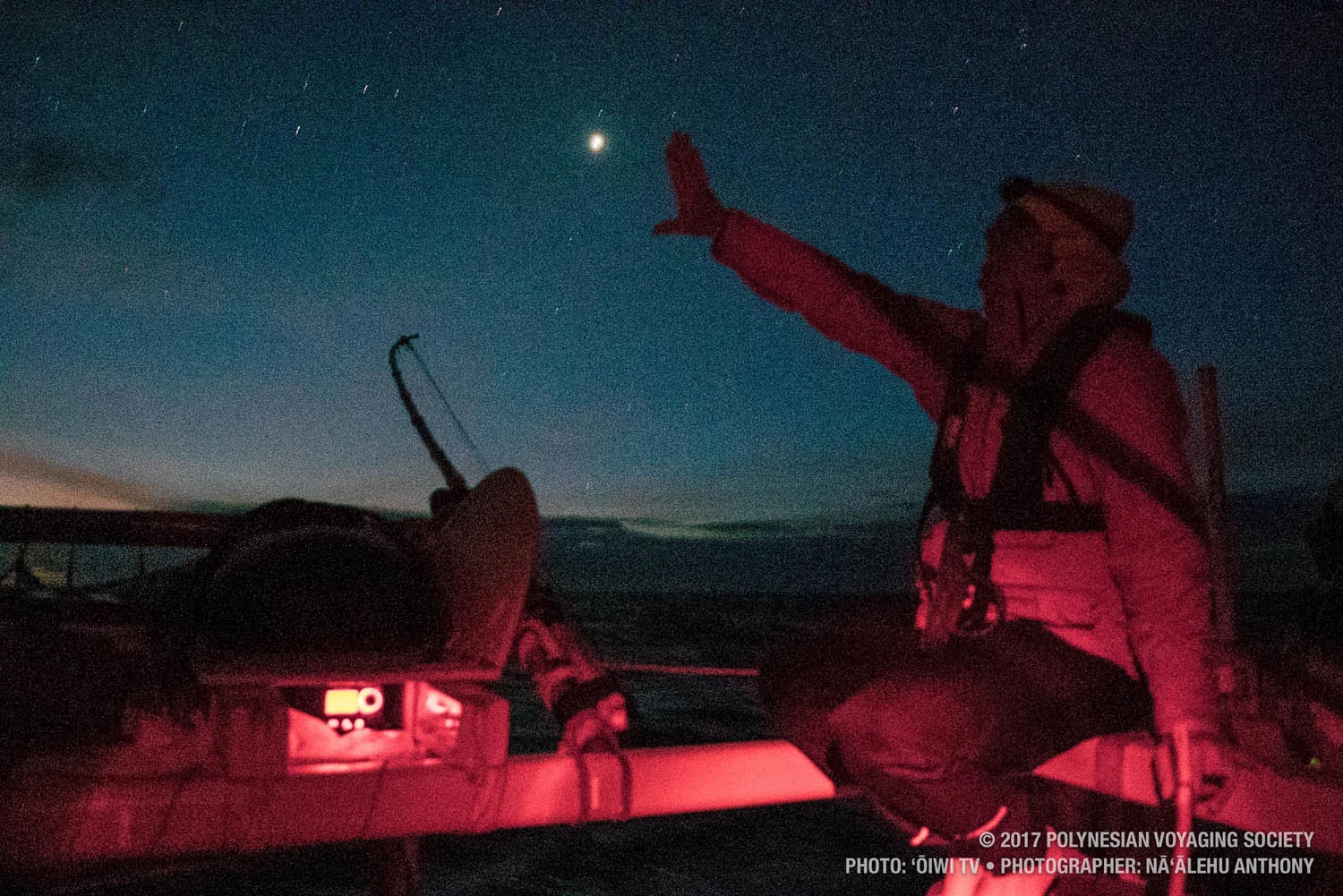 If someone were to put you in a canoe in the Pacific Ocean and tell you to find your way to the next island without any instruments or electronics, how long would it take for a panic attack to overtake you?

This was a way of life for the ancient Polynesians, dating back as far as 3,000 BCE. They paddled their double-hull and outrigger canoes from island to island thousands of years before the invention of navigational instruments.

HOW DID THEY DO IT?

They began by exposing their children to the patterns of the stars in the night sky from the earliest years of their lives. It could take decades before a person knew enough about the signs given by nature to be able to navigate a boat, so they started young. The techniques and knowledge were passed down by oral tradition, often in the form of song.

Stars hold fixed points in the sky year-round. Only the times of their rising and setting changes seasonally. The Polynesians would set a heading based on a star they spotted on the horizon. Once that star had risen too high, they switched to another star on the horizon. But not just any star. They memorized a specific sequence of stars for each new route.

They also used the concept of latitude and assigned a latitude to each island. This was done by measuring the elevations of certain stars at certain times of the year.

When the sky was covered with clouds, they turned to other messages from nature. They were able to maintain their course by understanding the movements of the waves and swells of the sea. During the day, they often looked for birds for signs of land. Brown terns venture up to 40 miles from land to find food while the white terns go as far as 120 miles. By observing the direction these birds flew at the end of the day, Polynesian sailors would know which direction they would find land.

Through careful observation, they could determine the speed of their canoes, their heading, and the time of day. Wayfinding heavily relied on this constant observation and memorization.

Remarkably, they were able to keep their course so they could stay within a one-degree arc from Point A to Point B for a 2,400-mile journey.

Captain Cook hired the Polynesian navigator Tupaia during his first voyage through the Pacific Ocean. Tupaia drew a map of all the islands within a 2,000-mile radius of his home. He knew of 130 islands and knew names for 74 of them.

During World War II, Harold Gatty wrote The Raft Bookas a survival guide for the U.S. military. He explained Polynesian navigation techniques for shipwrecked sailors and aviators so they would be able to find land.

But this traditional knowledge is under threat of modernization. Younger generations do not spend much time in nature and rely heavily on GPS just to find their way across town.

The Polynesian Voyaging Society was founded in 1973 to revitalize ancient Polynesian wayfinding. In 1980, member Nainoa Thompson invented a new method of non-instrument navigation, re-engineering the art of wayfinding through academics. Modern Hawaiian wayfinding is now a hybrid that is grounded in science. Although it is still a non-instrument technique, it includes more calculated planning and precision.

The Society recreated a traditional double-hull canoe and named it Hokule’a, which means “star of gladness”. In a three-year epic journey from 2014 to 2017, the Hokule’asailed all the way around the world. The 42,000 miles of open ocean that was covered was done entirely without the use of instruments.

The journey inspired the sharing of indigenous wisdom, conservation and preservation initiatives, and created global relationships.

Nainoa Thompson, now president of the Polynesian Voyaging Society, said, “The wisdom and knowledge of our ancestors coupled with inspiration and forward-thinking about connecting people and cultures to preserve our Island Earth, allowed us to create an unprecedented movement called Malama Honua (meaning ‘to care for our earth’) and navigate toward a more sustainable world.

“Our voyage continues. We must keep inspiring the stewardship of our earth, perpetuation of our culture, and learning how to care for our environment and the people around us.”

Neil deGrasse Tyson, an astrophysicist and the host of the podcast StarTalk Radio, interviewed Nainoa Thompson and other experts about using the stars for navigation in a podcast episode in August 2018. I loved this fascinating discussion. CLICK HERE to listen.