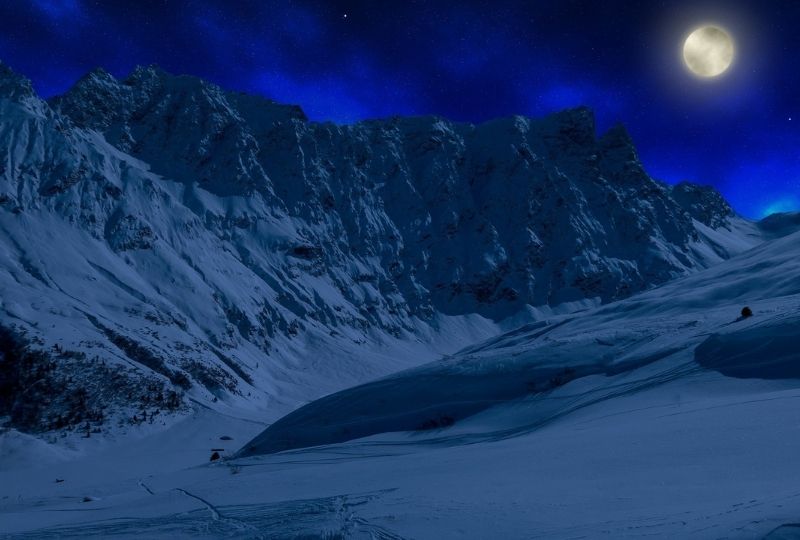 February 11th marks the next New Moon of 2021. Night Sky Tourist has claimed 2021 as our Year of the Moon and we plan to learn all about our nearest celestial neighbor.

The Full Moon on February 27 was known by some Indigenous People and Colonial Americans as the Snow Moon. February is characterized as the snowiest month of the year for North America. Captain Jonathan Carver, an explorer and writer who explored the Mississippi Valley and the Great Lakes region, wrote about the Snow Moon in the 1760s. He had visited the Naudowessie (Lakota) people of North Dakota and noted that they called it the Snow Moon because “more snow commonly falls during this month than any other in the winter.”

Researchers have shown a distinct relation between the Full Moon and cloudiness, rainfall, and lightning. Weather records confirm that the first few days after a New Moon or a Full Moon tend to be rainy or stormy.

Folklore is filled with connections between the weather and the Moon based on its size, color, shape, or position in the sky.

According to folklore, if the New Crescent Moon’s “horns” point upward, it is able to hold water and you should expect a dry spell. If the new Crescent Moon stands on its points, precipitation will spill out.

Keep your own Moon journal to see if these lores are accurate in 2021.

Learn more about the Moon and weather at The Old Farmer’s Almanac.