Light, Darkness, and the Human Eye: How Far Can We See? 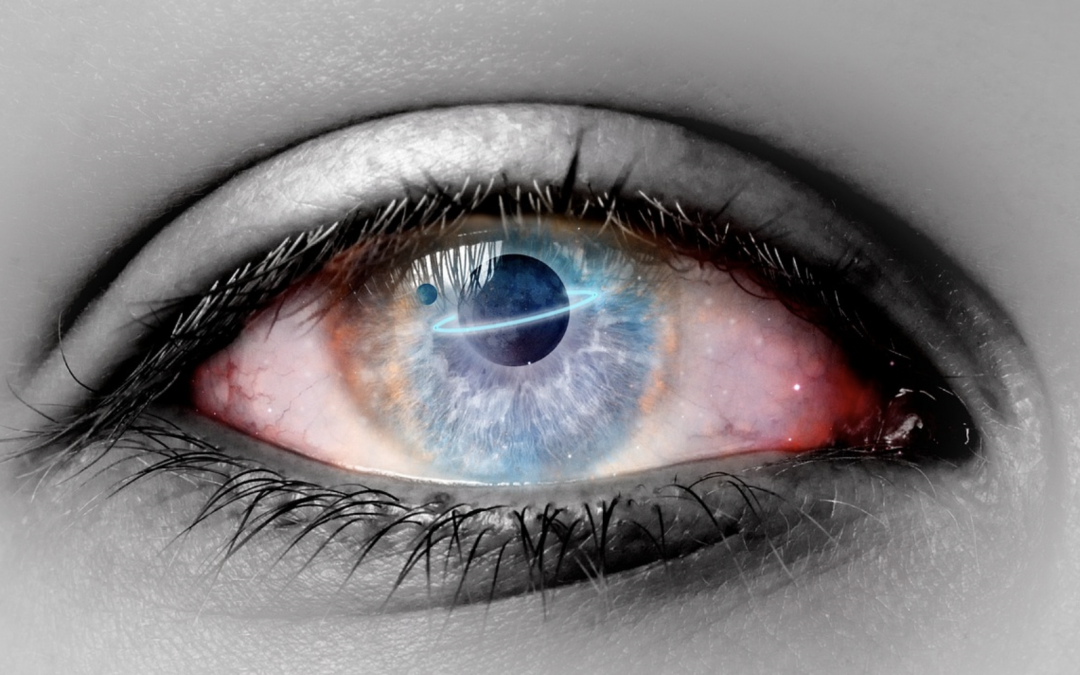 The human eye is astonishingly powerful when it comes to seeing long distances. Even people who don’t have great eyesight can see farther than they realize.

The tallest building in the world is the Burj Khalifa in Dubai. If you stand at the base, your eyes would have no problem seeing the top at just over half a mile in the sky.

Have you ever stood on the rim of the Grand Canyon and looked down to the Colorado River at the bottom? That’s a mile away.

If you stand on the beach on a clear day and look at the horizon, your eyesight will take you three miles away. At that point, the curvature of the Earth would prevent you from seeing any Earth-bound landscape beyond that.

When the airplane’s captain announces that you’ve reached “cruising altitude,” you can look out the window at tree-covered mountains, a patchwork of farmland, an arid desert, or an endless ocean. This is your view from six miles above the surface of the Earth.

If you could stand on the ground and the Earth was flat with nothing to obstruct your view, you’d be able to see buildings up to fifty miles away.

That’s pretty cool, but your eyes are so powerful that they can see significantly farther than that. To prove it to yourself, turn your eyes upward to the sky.

The International Space Station is easily visible to the naked eye at night. It’s zipping overhead, so you’ll only see it for 2-8 minutes before it crosses into Earth’s shadow and out of sight.

If you spend a little time outside stargazing, you’re bound to see specks of light cruising across the sky. These are communication satellites orbiting the Earth at a great distance.

Our beautiful Moon is nearly a quarter of a million miles away. Although it doesn’t produce its own light, it reflects enough light from the Sun to cast shadows on the Earth at night, even when it’s not a Full Moon.

Our star, the Sun, is an enormous distance from us, yet we can still feel its heat. Everything on Earth requires the Sun to exist, so it’s no wonder most ancient cultures worshiped it.

Sturn is the most distant planet we can see with the naked eye. All the stars are significantly farther away, but many can look bigger and brighter, but Saturn only reflects sunlight back to us. It doesn’t produce its own light. 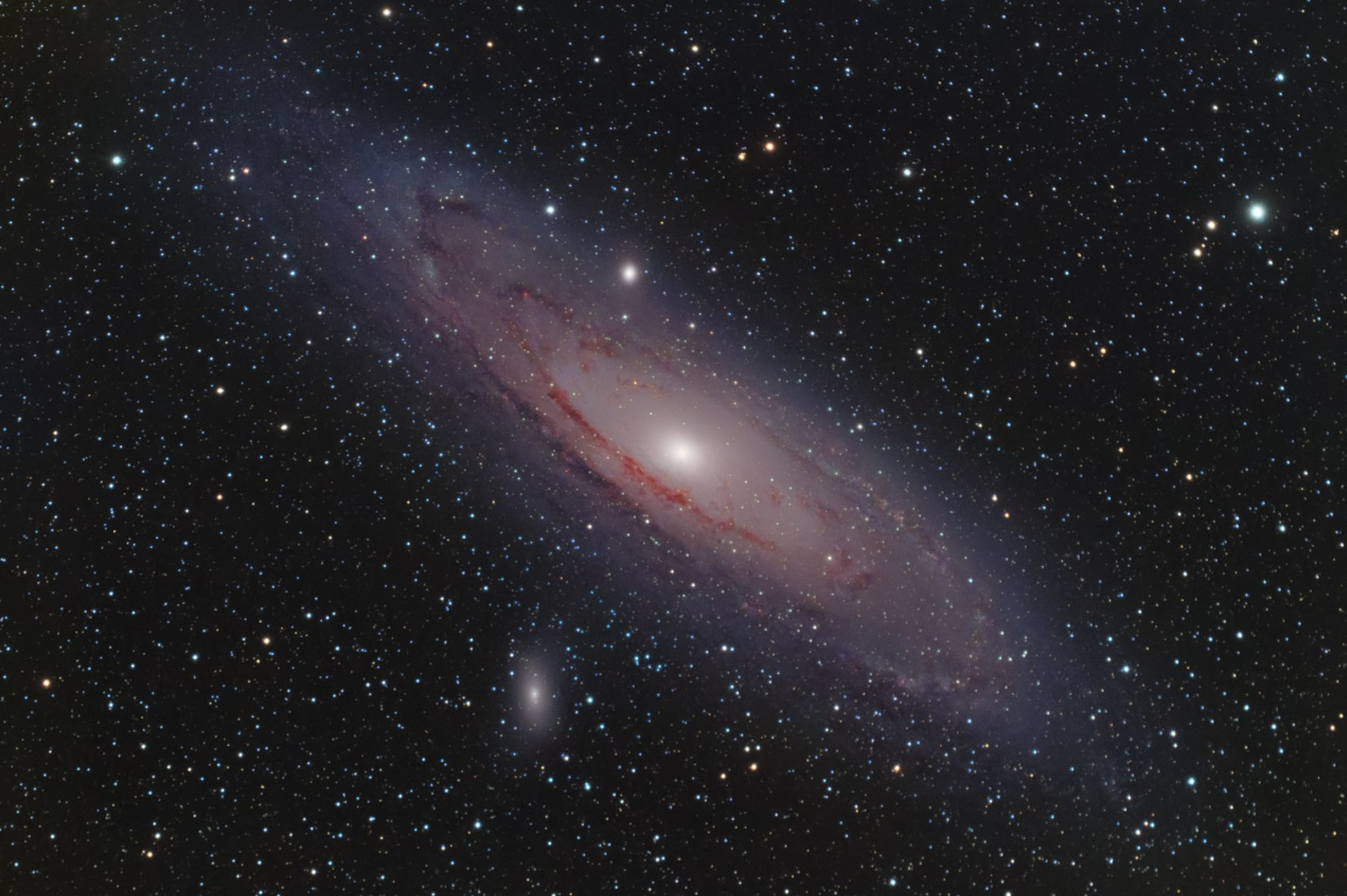 There are trillions of stars farther away than Saturn, but the most distant object we can see with the naked eye is the Andromeda Galaxy. It’s the only naked-eye object we can see beyond our home in the Milky Way. But you have to be in a very dark location to see it. I saw it for the first time from Tonto National Monument, an International Dark Sky Park in Arizona. Andromeda is a rotating cluster of more than a trillion stars, enough to light it up so we can see it from Earth.

There is no limit to how far we can see with the naked eye. We can’t see more objects beyond the Milky Way because they’re either too small or too dim. Light pollution can also erase stars that should be visible to the naked eye. This is a problem that’s multiplying at an alarming rate.

Imagine the light from the stars in Andromeda leaving that galaxy 2.5 million years ago, traveling at the speed of light toward us before any of our civilizations were born. Millennia after millennia after millennia, traveling toward Earth. And in the final one-tenth of a second of its journey, before that light enters your eyes, it gets blotted out by light pollution, and you never see it. What a devastating loss!

The good news is that light pollution is solvable at the speed of light by simply flipping a switch. Or changing a light bulb, adding a shield, or adding a motion sensor. There are many easy and inexpensive ways to rein in uncontrolled light pollution, beginning in your backyard. You can get some great information HERE. 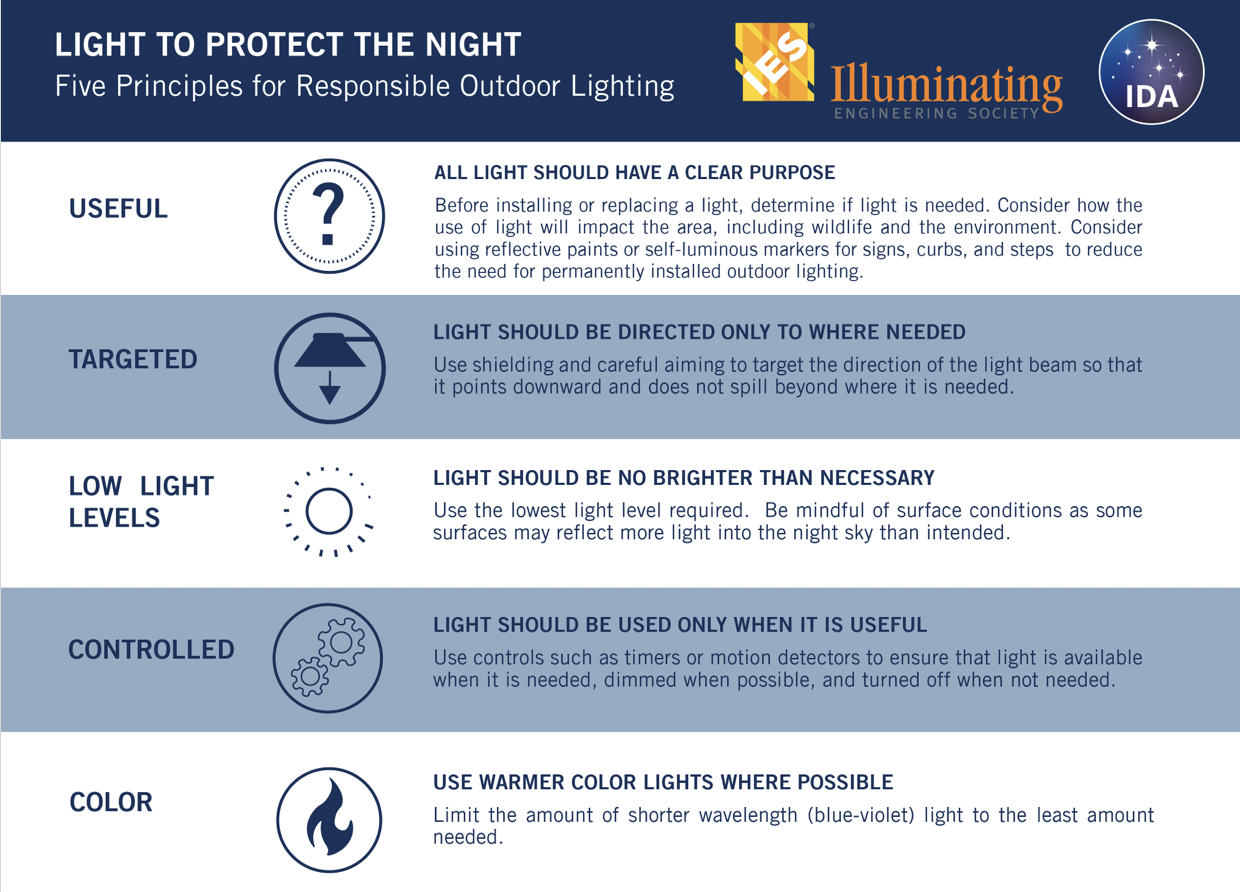