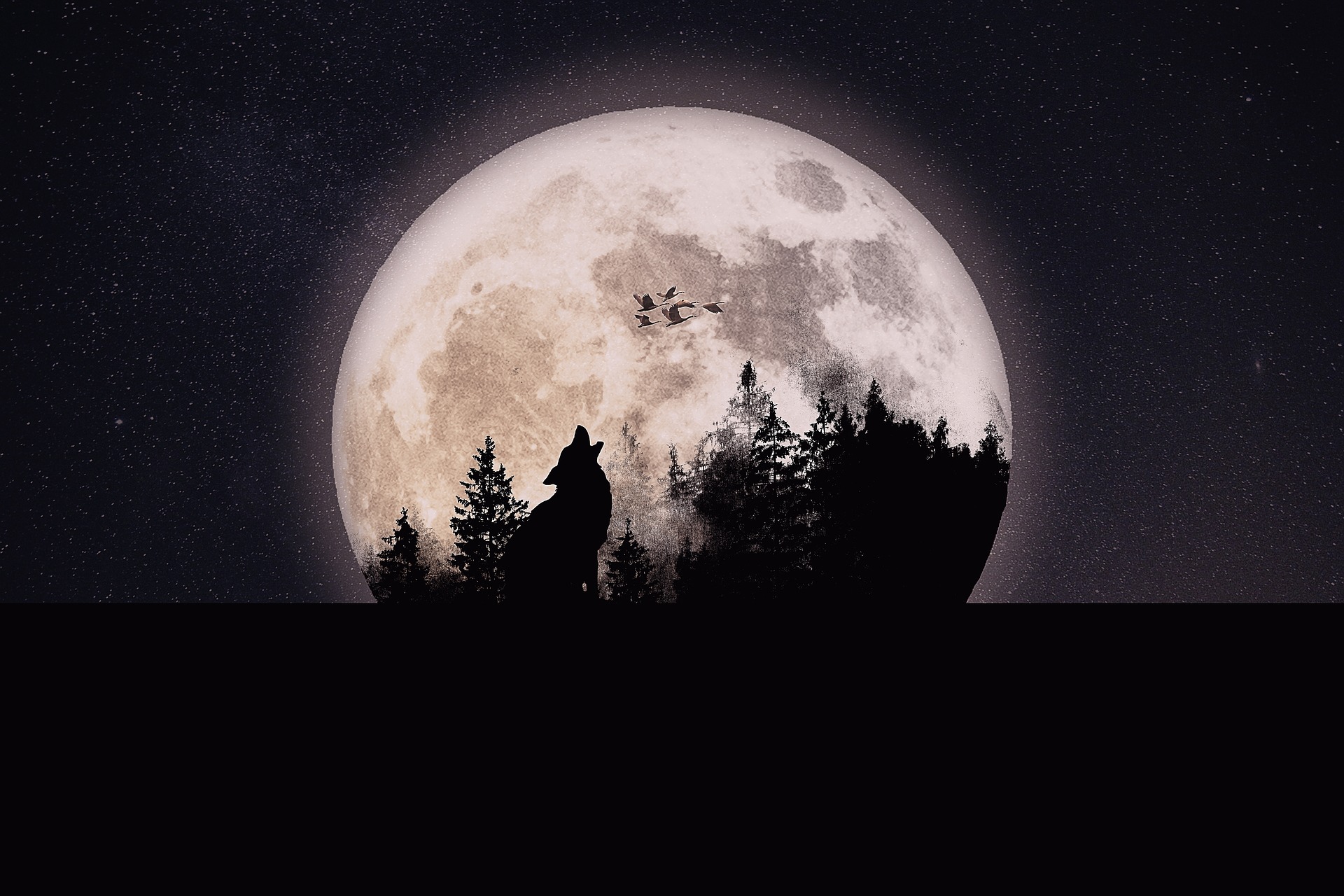 January 13th marks the first New Moon of 2021. Night Sky Tourist has claimed 2021 as our Year of the Moon and we plan to learn all about our nearest celestial neighbor.

On the night of January 14, look to the West right after sunset. You’ll see Jupiter just above the horizon, tiny Mercury just above that, and the new sliver of the Waxing Crescent Moon above Mercury.

On January 20, the First Quarter Moon will make a close visit to Mars in the constellation Aries.

The Full Moon on January 28 was known by some Indigenous People as the Wolf Moon. This was a time of year when wolves were often heard howling. Although many used to think it was because of hunger during the winter, science has shown that wolves have many reasons for howling. Sometimes they howl to coordinate their hunting efforts or to find members of their pack, among other reasons.

The Assiniboine tribe of the Great Plains of North America called the January Full Moon the Center Moon because it marks the middle of the cold winter season.

The Cree of Canada and North America knew it as the Cold Moon or the Frost Exploding Moon. The Algonquin of the Quebec and Ontario areas of Canada called it the Freeze Up Moon. The Dakota tribe referred to it as the Severe Moon or the Hard Moon.

Mythologies and folklore from Scandinavia, Germany, and North America include many stories of wolves and the Moon.

You can test some old-fashioned folklore for yourself this year with these two ideas:

A halo around the Moon predicts wet or stormy weather.

Keep a Moon journal to see if these lores are accurate in 2021.