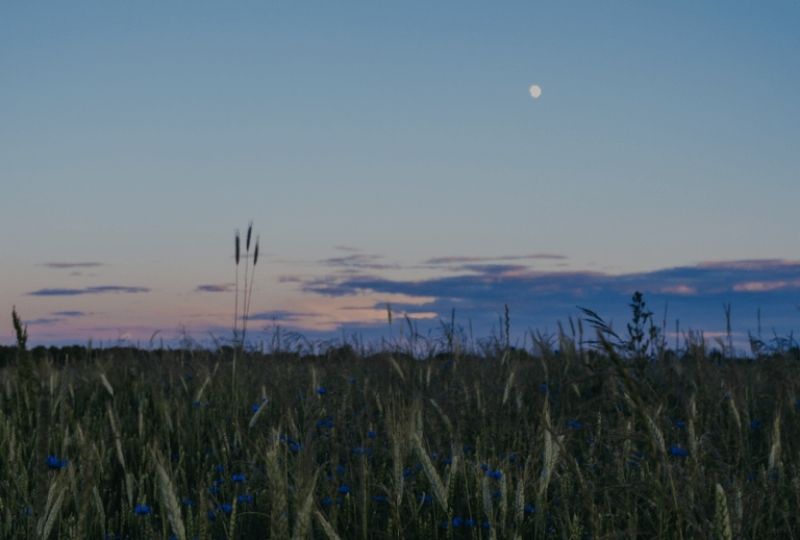 May 11 marks the next New Moon of 2021. Night Sky Tourist has claimed 2021 as our Year of the Moon and we plan to learn all about our nearest celestial neighbor.

The Full Moon on May 26 will be called the Super Flower Moon. That’s a beautifully appropriate name for a springtime moon.

Some Indigenous People knew it as the Flower Moon because May was the time when flowers were in bloom everywhere!

The May Full Moon had other names across the various cultures, especially ones that referred to spring themes. The Cree called it the Budding Moon or Leaf Budding Moon, celebrating when the trees began to leaf out everywhere. They also called it the Egg Laying Moon and Frog Moon. The Dakota/Lakota called it the Planting Moon because it was time to plant the seeds for the farming season. The Oglala people called it the Moon of the Shedding Ponies. This meant that warmer weather was still on the way.

Why it super? This is the second of two Supermoons this year. The first was on April 26. A Supermoon appears much larger than an average Full Moon by about seven percent. As a result, it appears about fifteen percent brighter, too.

The Moon does not orbit in a perfect circle around Earth. A Supermoon occurs when the Moon’s orbit is at its closest distance to Earth. Just how close will it be? In the neighborhood of 224,000 miles.

However, you should know that the term “Supermoon” is not officially an astronomical term. In fact, it was never used until 1979! It’s astronomical name is “perigee syzygy”. Yeah, we like “Supermoon” better, too.

Although the difference in size between a Supermoon, a regular Full Moon, or a Moon at its farthest distance is not easy for us to recognize, the Moon does appear larger when it is rising or setting. However, even that is just an illusion.

There will also be a lunar eclipse during this month’s Full Moon. A total lunar eclipse happens with the Earth stands directly between the Moon and the Sun, casting Earth’s shadow across the entire surface of the Moon. When this happens, the red spectrum of light from the Sun bends more around the Earth, giving the Moon a reddish hue. This is often referred to as a Blood Moon.

The total lunar eclipse will happen in the early morning hours of May 26. If you live in western North America, western South America, eastern Asia, or Oceania, you will be able to see this eclipse. If you live east of the Mississippi River, you’ll see a partial eclipse. It will be really low in the western sky, so try to get a location with a good view.