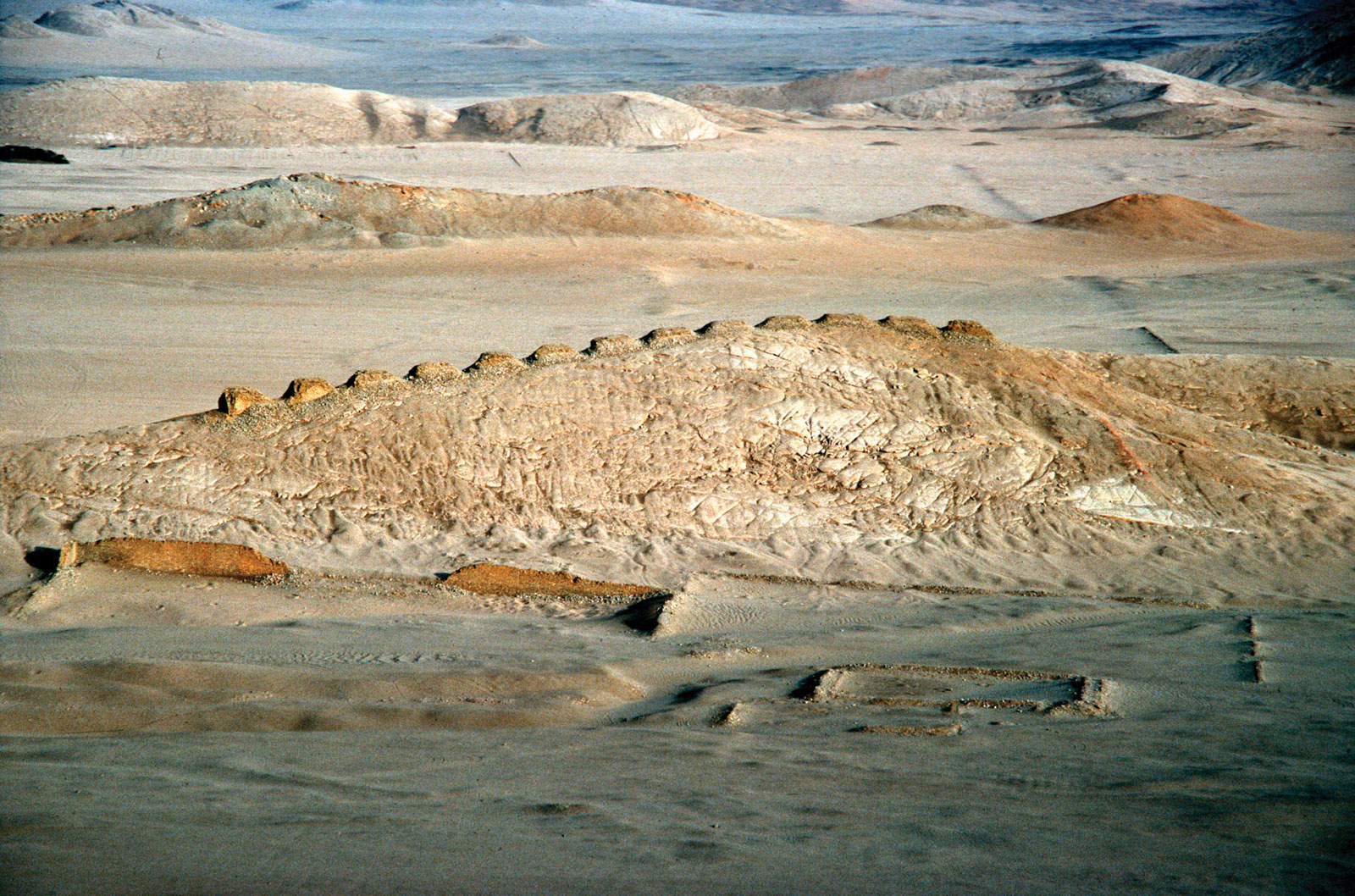 It may be a long, clunky word, but the definition is simple. This combination of the words archaeology and astronomy is the study of astronomical practices, celestial lore, mythologies, religions, and worldviews of all ancient cultures.

The study of archaeoastronomy goes back to the discoveries made at Stonehenge in the 1960s. Since then, it has grown into numerous interdisciplinary fields of study. This includes native calendar systems, concepts of time and space, mathematics, geometry, counting systems, surveying, navigational techniques, and the origins of urban planning.

Archaeoastronomy examines a variety of source materials to give us insight into ancient astronomical worldviews.

There are numerous examples around the world of structures that were built with remarkably precise astronomical alignments. Some mark the summer or winter solstice, the equinoxes, the rising of Venus, and other cosmic phenomena.

One example is Chankilloin Peru. A notched wall was built on top of a ridge over 2,400 years ago. It served the ancient Casma/Sechin culture as a solar observatory. Every month, the sun rises inside the next notch in the structure. One end marks the Winter Solstice and the other marks the Summer Solstice.

The ancients may not have had telescopes, but that doesn’t mean they lacked tools to aid in their navigation of the sky.

The ancient Greeks created an analog computer over 2,100 years ago called an Antikythera mechanism. The complex clockwork was made with 37 bronze gears. It was able to follow the movements of the Sun and Moon through the zodiac, model the irregular orbit of the Moon, and predict eclipses.

Before there was written language, there were pictographs and petroglyphs to tell stories and pass along information.

Chaco Canyon features a remarkable petroglyph high up on a lonesome butte. It is a large spiral pecked into a cliff face. Three tall slabs of stone were placed by the ancient Pueblo people so that a shaft of light fell across the center of the spiral on the Summer Solstice. Another smaller spiral marked the equinoxes. The large spiral also showed the 18.6-year cycle of the Moon called the Major and Minor Lunar Standstills.

Ethnographers give us a glimpse into the worldview of other cultures. These writings can help archaeoastronomers understand ancient astronomical thinking.

For example, people who live near the equator experience two days a year when the Sun stands directly overhead and casts no shadow. The Maya Indians of Central America view this as a significant time because it means the rains are coming. The rains always ensure their agricultural survival.

Archaeoastronomers look at the ethnographic record and the reports of today’s cultures and conclude that these days were likely sacred to the ancient Maya, too.

Archaeoastronomy touches on many areas of study, but there are three main areas where much research is directed.

The V Bar V Ranch Heritage Site near Camp Verde, Arizona is an excellent example. The thousand-year-old calendar was created by the Pueblo over the span of almost 200 years. The enormous rock slab is filled with petroglyphic markings. Two rock outcroppings cast shadowy shafts across the rock face. As the shadows shift throughout the year, it shows the agricultural seasons for corn crops, the equinoxes and solstices, and times of ritual celebration.

Ancient cultures didn’t have a scientific eye when it came to astronomy. Most of them were more concerned about the relationship between the phenomena in the sky and their native myths and cosmologies.

From Machu Picchu’s emphasis on marking the Winter Solstice to the worship of the emperor as the son of the Sun God, Inti, Inca life was centered around the observation of the cosmos.

The ancient Egyptians were obsessed with astronomical observances and used it to prove the power of their deities.

One example is the construction of the Temple of Amun-Rein Karnak. It was designed almost 4,000 years ago to align with important celestial events. On the day of the Winter Solstice, the sun rises between the portals of the Great Gate of Nactanebo and bathes the sanctuary of Amun-Re with light.

ARCHAEOASTRONOMY AND THE NIGHT SKY TOURIST

One of the things that make the Night Sky Tourist website unique is that it weaves together such a diverse mix of astrotourism destinations. It introduces you to dark sky places, observatories, planetariums, science centers, and ancient archaeoastronomy sites.

One of the leading figures in the field of archaeoastronomy is Clive Ruggles. He warns that it is misleading to consider it a field of ancient astronomy. Modern astronomy relies on scientific discipline. Archaeoastronomy, on the other hand, looks at the symbolically rich interpretations of phenomena in the night sky by ancient cultures. While these ancient cultures patiently tracked the motion of the sky in extraordinary detail and accuracy, they often used these things in creating the structure for their mythologies.

Archaeoastronomy is still a small sliver of the astrotourism industry, but I believe these places are just as important as the dark sky locations and the educational locations. They connect us to nature and preserve our night sky heritage passed down from ancient generations. They remind us that, although the cosmos is bigger than our tethered lives on earth, it is one thing we share in common with those cultures who diligently tracked the motions of the celestial bodies. We look up at the same stars, the same constellations, the same Sun and Moon. They follow the same patterns today as they did back then, waiting to tell you whatever story you need to hear today.