Winter Solstice: the Ancient Hope of a New Year 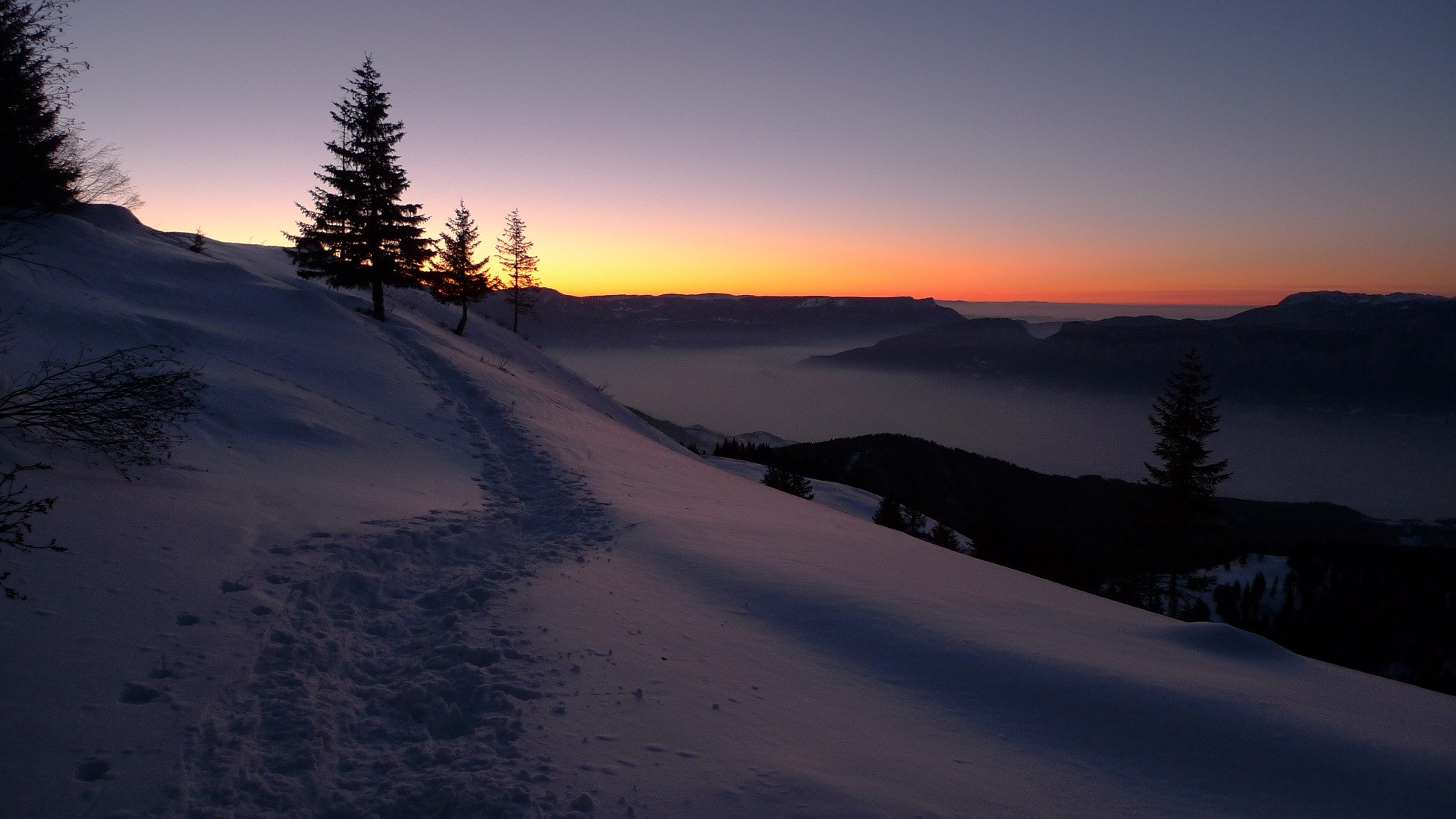 “What good is the warmth of summer, without the cold of winter to give it sweetness?” ~John Steinbeck

The Winter Solstice, or the first day of Winter, holds long-lasting importance from the most ancient times of human history. It’s both a cultural and an astronomical observance of the time of year when the days grow short and cold.

Contrary to old beliefs, there is nothing mysterious, religious, or superstitious about the Winter Solstice. It has a completely natural and explainable cause.

Once the Winter Solstice passes, it’s as if the Sun returns and the days grow longer again.

WHY IS IT COLDER AFTER SOLSTICE?

Even though the days grow longer after the Winter Solstice, the coldest temperatures are still to come. This is what’s known as “seasonal lag”.

As temperatures reach their peak in the Summer, the top 30 feet of Earth’s soil gradually warms like a giant thermal mass. After Summer Solstice, the soil continues to retain and release heat, taking us through the hottest parts of summer in July and August. As temperatures cool all through the Fall, the soil gradually loses its heat. By the time the Winter Solstice rolls around, much of that heat has dissipated and temperatures begin to freeze from lack of sunlight. It takes months for heat to begin building up again after the days stretch out longer during the Spring.

For millennia, people lived in close connection with nature. They learned the migration patterns of animals that provided protein, learned the cycles of harvesting food, and recognized the patterns of rainfall. They also tracked the movements of the stars and the Sun’s journey across the sky.

They didn’t know the cause of these things, but their imaginations of people around the world enabled them to weave stories into the fabric of their cultures. These stories embedded so deeply that they became belief systems.

For many cultures, the Winter Solstice represented the life-death-rebirth of the Sun. Day by day, the Sun rose and set later and later until at last, the shortest day arrived. If the Sun was lost for good, it would mean the death of everything on Earth. The idea of enticing the Sun to return and celebrating when it did permeated cultures everywhere.

Many ancient religions were centered around a Sun god. The deities were represented with various forms and rituals around the world for most of recorded history.

The ancient Egyptians worshiped Ra who gave warmth and life to the living. Tonatiuh was the Sun god of the Aztecs who required human sacrifice to move across the sky. The Aztec carefully observed the Sun and had a solar calendar similar to the Maya. Pre-Islamic Arabians worshiped a Sun god that may have been borrowed from Canaanite origins but was abolished by Muhammad. In Indonesian mythology, the Sun is the “father” or “founder” of the tribe.

In Old Persia (modern Iran), Mithra was the Divinity of Light. This mythology was adopted and adapted by the Romans.

Sol Invictus, or the “Unconquerable Sun”, was the official Sun-god of the Roman Empire.

Later, Christianity attached the date of Jesus’ birth to December 25, the festival of Sol Invictus. In a manuscript of the 12th-century bishop Jacob bar-Salibi, the scribe noted, “It was a custom of the Pagans to celebrate on the same 25 December the birthday of the Sun, at which they kindled lights in token of festivity. In these solemnities and revelries, the Christians also took part. Accordingly, when the doctors of the Church perceived that the Christians had a leaning to this festival, they took counsel and resolved that the true Nativity should be solemnized on that day.”

Many Western midwinter celebrations owe their existence to Saturnalia, including Christmas. This ancient Roman Winter Solstice celebration dedicated to the god Saturn grew from a one-day to a week-long festival. It included gambling, drinking, gift-giving, and feasting. Even slaves participated, often with masters serving them.

The Scandinavian festival of lights honors the first Christian martyr but has ties to an older Norse Winter Solstice tradition. The blended traditions include lighting fires to keep spirits away on the shortest day of the year. In Scandinavia, young girls wear white dresses with a red sash and a wreath on their heads in honor of St. Lucia.

The Chinese Winter Solstice celebration Dong Zhi means “Winter Arrives”. They believe that on this day everyone gets one year older. While it’s not an official holiday, it is a fun time for families to come together.

According to tradition, Iranians celebrated the longest night of the year when Mithra, the Sun god, conquered darkness. The tradition includes people gathering to protect each other from evil, burning fires to banish darkness, and performing charitable acts.

In Peru, the Winter Solstice is celebrated in June. Inti Raymi is the celebration of the Sun god Inti. Before the Spanish conquered the Inca, this festival included a 3-day fast leading up to the Winter Solstice. On the fourth day, participants crouched in the ceremonial plaza, waiting for the Sun to rise. When it did, they offered golden cups of chicha, a fermented corn beer, sacrificed llamas, and used a mirror to focus the Sun’s rays to kindle a fire. Although the Spaniards banned Inti Raymi, it was revived in the 20th Century, but with mock sacrifices.

The Zuni of western New Mexico celebrate the Winter Solstice as the beginning of a new year. The Zuni observed the rising and setting of the Sun for several days before the Solstice while fasting and praying. The high priest declared the moment of the rebirth of the sun and the dancing of the Shalako began. Twelve kachina clowns wearing elaborate bird head masks were viewed as messengers of the gods. (Learn more about beliefs in the kachinas in the article about V Bar V Heritage Site.)

The Hopi of northern Arizona share similarities with the Zuni. The Sun Chief announces the setting of the Solstice Sun and the start of the Soyal celebration. In an all-night ceremony, they kindle fires, dance, and give gifts. The Hopi sun-watcher is also important for governing the planting of crops and the observance of rituals and ceremonies throughout the year. (Learn more about the Hopi astronomical petroglyph calendar at V Bar V Heritage Site.)

The Japanese Toji is not so much a festival, but rather traditional practices. Bonfires are lit on Mount Fuji at the Winter Solstice to encourage the Sun’s return. Many people take warm baths with yuzu, a citrus fruit, to ward off colds and to encourage good health in the new year. Kabocha, or Japanese pumpkin, is eaten on the Solstice for good luck.

Winter Solstice is so prominent in history that many ancient sites were built in alignment with the rising and setting of the midwinter Sun.

One of the most famous archaeoastronomy sites in the world may be Stonehenge in Wiltshire, England. It was designed along a sight-line with the setting of the Winter Solstice Sun. In the olden days, this is when the cattle were slaughtered so they wouldn’t have to feed them through the Winter, and the beer and wine were finished with fermenting. Modern pagans view the Winter Solstice as the most important day of the year because it welcomes the new Sun.

Another archaeoastronomy site nearly 400 miles away in Ireland marks the sunrise on the Winter Solstice. Newgrange is a large, circular mound with an inner stone passage and chambers, possibly tombs. It is older than Stonehenge and the Great Pyramids. At sunrise on the Winter Solstice, the rays of the Sun enter a roof-box over the doorway, illuminating the long inner passageway with light, making visible ancient artistic carvings on the stones.

Scotland has another large mound similar to Newgrange called Maeshowe. It also has passages and chambers. At sunrise on the Winter Solstice, a shaft of light travels down the main passage and illuminates the back wall in a central chamber.

In Germany, Goseck Circle is known as one of the oldest solar observatories in the world. The Circle is made of a concentric ditch that is 246 feet across. It’s two main entrances are aligned with the sunrise and sunset of the Winter Solstice Sun.

Mexico is full of ancient structures that were designed as astronomical observatories. Tulum, a city in the Yucatan, has an ancient temple complex with three main structures. One of the old buildings has a small hole near the top that creates a starburst effect when the Sun rises on the Winter Solstice.

In southern Peru, an ancient pyramid aligns perfectly with the setting Sun on the Winter Solstice. The ancient Inca were expert astronomers and their archaeoastronomy sites can be seen from Chankillo to Machu Picchu to Cuzco and more.

Although we recognize today that the Winter Solstice is a purely astronomical event that is explained by science, traditions around the world still maintain a strong foothold in the world of superstition and religious beliefs. Many of these traditions give us feelings of warmth, togetherness, and hope for the future.

A happy Winter Solstice to you and those you love.