7 Tips for Stargazing with Grandparents 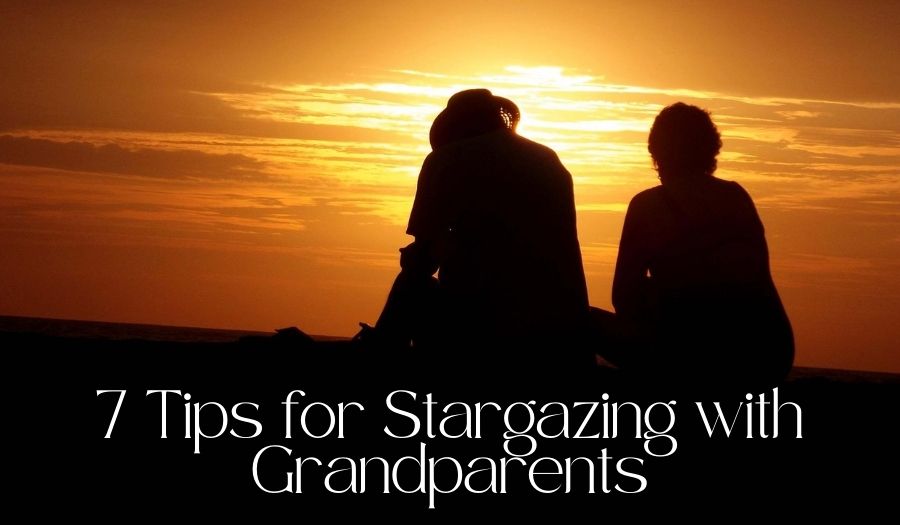 Not many people have the privilege of growing up with great-grandparents in their lives as I did. I had four of them living nearby until the end of my teen years, plus my grandparents. My Grandma Joyce stayed with me until I was 40 and loved my kids into their teen years.

When I was fourteen, I asked my great-grandma, “How did you and grandpa meet?” A stroke paralyzed her when I was born, so she sat in her cozy spot at the end of a long sofa. A dreamy look crept over her face, and she said, “Oh, honey. It was love at first sight.”

They lived near the Oregon Coast when they met, and in the 1910s, the night skies would have been beautifully dark. When I got into stargazing as an adult, I wondered if my great-grandparents ever went on stargazing dates when they were young. It would have been free, and they wouldn’t have to drive a long distance to see the stars.

Sometimes I wonder what it would feel like to live for so many decades, only to find the state of the world we have right now. Would I feel discouraged or disappointed? I know that going outside at night to look at the stars and moon brings a sense of calm, peacefulness, and wonder. Stargazing has the power to put our lives and the events of the world into a cosmic perspective. And I wonder if taking our grandparents to stargaze under a truly dark sky can also give them a sense of respite.

Many of our senior citizens grew up in more rural locations and hold memories of seeing the Milky Way at night. Some of them learned how to identify the most famous constellations. Today they mostly reminisce about the starry nights because light pollution has nearly erased them from existence. And they have no one who thinks to take them to the dark places where the stars still shine.

You can give your grandparents the gift of the night sky by taking them somewhere that’s still fairly dark. It’ll take some preparation and forethought to make sure you create a positive experience that they’ll enjoy.